Summer Racing Heats Up with Haskell, Saratoga, and Del Mar 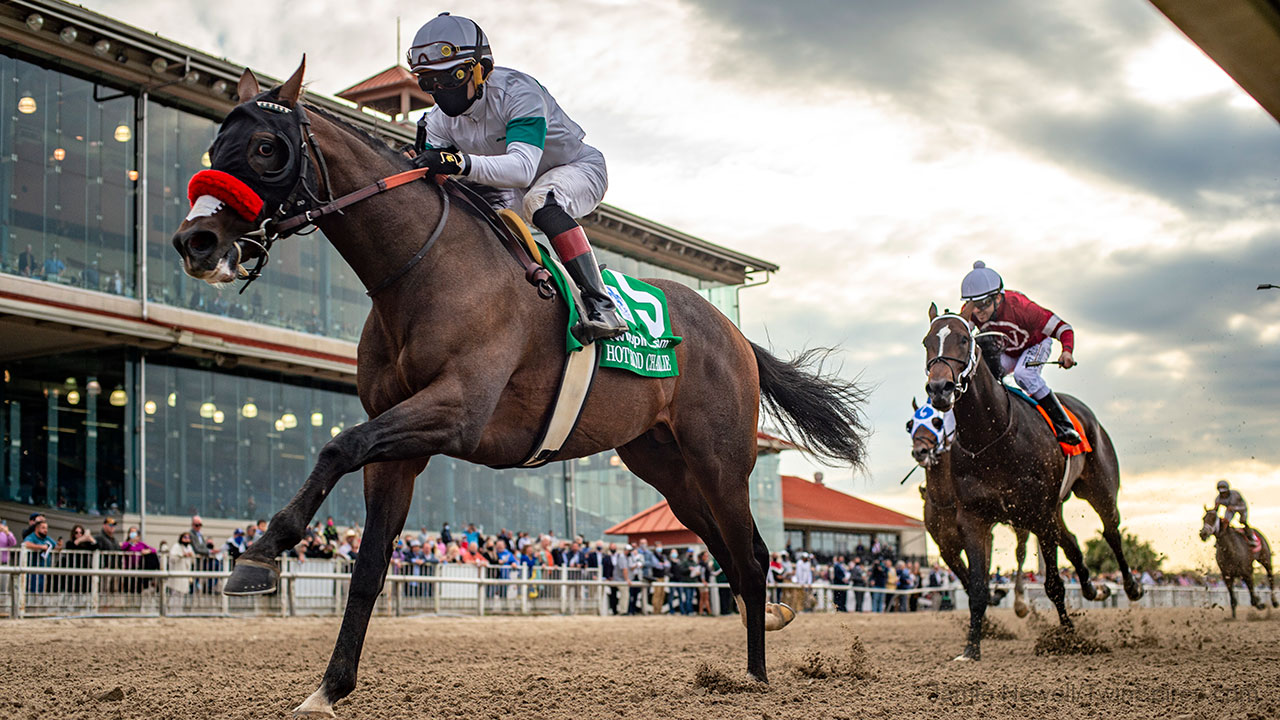 To say that this weekend is full of racing action is an understatement. Two of the most popular meets of the year kick off as Monmouth park runs its signature event with the TVG Haskell.

Monmouth Park has been prominent in the racing world as all involved in the game continue to discuss the controversial crop rule implemented by the state of New Jersey ahead of this year’s meet. Under the rule jockeys are able to carry a crop, but can only use it for the purpose of safety.

Saturday, July 17th will mark the 54th running of the G1 TVG Haskell Stakes. The race will be accompanied by 5 other graded stakes races on the card and often serves as a prep for the Grade 1 Travers Stakes at Saratoga.

Fans who followed the Kentucky Derby trail in 2021 will recognize a number of players in this race including Midnight Bourbon and potential Kentucky Derby winner Mandaloun. Another Derby runner, Hot Rod Charlie, was installed as the morning line favorite at 6-5.

Joining the Triple Crown series runners will be four more horses including Antigravity, Pickin’ Time, Basso, and Following Sea. The latter of which is the shortest price of the newcomers to the division at 9-2. The 3 year old Runhappy colt comes off back to back wins and will look to establish himself against the established form in the division.

The Grade 1 United Nations is an 11 furlong race over Monmouth’s turf course. The race for 3 year olds and up brought in some big name turf runners to compete for the prize. Without question the headliner in the race is the old turf pro Arklow. The 7 year old looks to earn his 6th graded stakes victory. He ran in this race in 2020 and finished 4th, but returns off back to back wins in his last 2 starts.

Other runners in the field include Red Knight and Moon Over Miami for Bill Mott, Winters Back for Todd Pletcher and Fantasioso for Ignacio Correas. Chad Brown, who is among the nation’s top turf trainers, sends three to this spot including Master Piece, Serve the King, and Tribhuvan who almost upset the field in the Grade 1 Manhattan.

The Matchmaker Stakes will see the return of turf superstar Juliet Foxtrot who looks to rebound off a 2nd place finish in the Grade 3 Mint Julep.

In the Molly Pitcher there is a collection of horses dropping from Grade 1 and 2 races following losses while others step up from ungraded stakes victory. Among the top contenders are Mrs. Danvers, Our Super Freak, and Water White though in reality this seems like a wide open affair.

Former Derby hopefuls NY Traffic and Dr. Post return to action in the Monmouth Cup as they square off with several other established runners including Bal Harbour and Bankit.

Southern California’s picturesque Del Mar Race Course will open this weekend and also includes a number of quality races. While California racing has struggled to fill fields for the last several months, the opening weekend at Del Mar signals hopes for fans of California horseplayers as the first card has an average of almost 11 horses per race.

THe 2021 rendition of the San Diego Handicap features a number of horses that were at one time or another thought to have extremely top end potential. Although few of them have lived up to the hype, the field is robust and fairly competitive.

Among the possible entries are Express Train, Independence Hall, Rushie, and Royal Ship who all come out of 4th or better finishes in Grade 1 or Grade 2 races.

Because the race is a handicap, the racing office will determine how much weight each horse has to carry based on their past merits. At times this weight allowance can be all the second tier horses need to spring a big upset.

Saratoga Springs, New York is home to “The Spa”. Saratoga Race Course is not only home to the National Museum of Racing and the Racing Hall of Fame, but also some of the finest racing in the entire country each and every summer.

Opening weekend is packed full of great stakes races. On Saturday the feature is the Grade 1 Diana. The 9 furlong turf race for fillies and mares includes a number of classy equine athletes. Vigilantes Way and Althiqa enter off of victories in the Grade 3 Eatontown and the Grade 1 Just a Game Stakes respectively.

The entire field is coming out of a graded stakes race in their last running. Harvey’s Lil Goil returns as one of only 2 runners that did not hit the board in their last effort. However, before a disappointing showing in the Grade 2 New York, the daughter of American Pharoah was in the money in 6 consecutive starts.

Daily Horse Picks is here to simplify your handicapping of the races this weekend from around the country. Using detailed statistical analysis, artificial intelligence handicapping, and expert selections DHP provides users with a plethora of information that can simplify the handicapping process. For more information on DHP’s premium products, players can visit dailyhorsepicks.com/buy