Preview Of Upcoming Races For Weekend 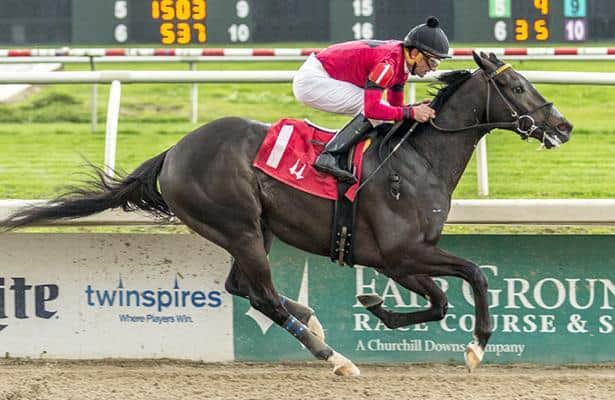 The horse racing action continues this weekend, as there are three thrilling Grade 3s set to take place across the United States. Below, we will go through each of the races and assess the leading chances for each of the races.

The Salvator Mile is a Grade 3 contest at Monmouth Park this weekend, with a prize purse of $150,000. It is run over eight furlongs on dirt, and horses aged three and older are eligible to enter the race.
There will be a number of interesting contenders in the race this weekend. Spinoff is a highly respected contender for trainer Todd Pletcher and comes into the race after finishing fourth in the G1 Woodward last time out. The five-year-old won the Alydar last year but is yet to land the allusive graded win.
Pletcher also has other leading contenders in the forms of Basin and War Stopper. Basin was eighth in the G1 Churchill Downs Stakes last time. Meanwhile, War Stopper was fourth in the G3 Ghostzapper.
Warrior’s Charge for Brad Cox was sixth in the G3 Steve Sexton Mile last time. Many are also expecting a big performance by NY Traffic, who won an allowance at Belmont last time out. He is yet to win at a graded company but has come second in the G1 Haskell Stakes, G2 Louisiana Derby, and G3 Matt Winn.

Four likely contenders are set to go to post for the G3 Mint Julep at Churchill Downs this weekend. This race is run over 1 1/16 miles on turf, and fillies that are four and older can enter.
Brad Cox last trained the winner of this race in 2016 with Cash Control, and he has an outstanding chance to claim a second win this year with Juliet Foxtrot. The six-year-old is a commanding performer at graded level, as she won the G1 Jenny Wiley on her last start. She has also won the G3 Gallorette and G3 Modesty Handicap during her career. It would be hard to go against her claiming a second straight graded win this weekend.
Mintd and Sister Hanan are among the leading contenders that will be hoping to cause a shock this weekend, but they will both have an awful lot to find. Mintd was fourth in the Ellis Park Turf Stakes last time out, which Sister Hanan was fifth in the G3 Orchid. Hendy Woods could be among the closest contenders, as she was a credible sixth in her first run at Grade 1 company in the QE II Challenge Cup.

Santa Anita will also host graded action this weekend, as the G3 Affirmed Stakes takes place on Sunday. This race is run over 1 1/16 miles on the dirt, with three-year-old horses able to enter.
Bob Baffert has a leading contender in the field, as Defunded could be the favorite in the betting. The three-year-old was fourth in the G2 Pat Day Mile last time out, which was a second straight fourth finish in a graded race. Hockey Dad also has leading claims after finishing eighth in the G3 Lexington.
However, The Chosen Vron comes into this in great form, as he previously won the G3 Lazaro Barrera Stakes. That was a second straight victory for the Eric Kruljac-trained horses and a third victory in four starts. He certainly looks the progressive type, and he could be set for another starring run this weekend.
Stalking Shadow and Mr. Impossible both also come into this after wins last time out, but Stalking Shadow’s win in the California Derby means that he still has more to find.
Keep up with your latest horse racing news and betting pick previews at Daily Horse Picks.