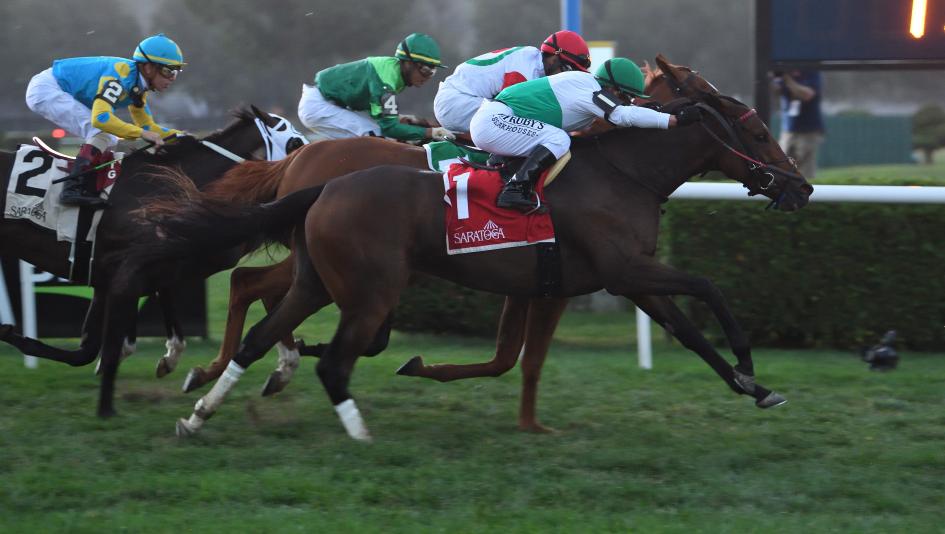 Saturday racing from Churchill Downs will be highlighted by the featured race. The Grade 3 Mint Julep Stakes will take place at a distance of 8 ½ furlongs on the turf under the twin spires.

The race, originally run on dirt, took to the turf in the late 80s and is named for the famed Kentucky Derby signature cocktail. In 2001 the race made the jump from a listed stakes race to the Grade 3 level. It has continued to meet the requirements of graded stakes since earning the prestigious label.

Although the older divisions of horses can often see stakes winners repeat, the Mint Julep has seen only one repeat winner when Megans Bluff won in 2001 and 2002.

Active jockey Robby Albarado who won the Preakness aboard Swiss Skydiver has won the race a record 4 times. Bill Mott leads all trainers with five career victories in the race. Both record holders earned their last victory in the race in 2007 when they teamed up on Quite a Bride.

Although much of the top turf racing in the country shifts to New York for the summer months, these grade 3 races can present a unique and profitable betting opportunity. While Grade 1 races consistently attract the best in the country, Grade 3 races can often be a hodgepodge of runners trying to find their true level.

It is not uncommon to see Grade 3 races bring in horses who have been excelling at the allowance level. Their connections will often use these spots to see if they can compete at the next level potentially paving the way for higher level graded stakes in the future.

Inversely the race can also include horses who have already been trying graded stakes company. This may be Grade 1 and 2 horses who were in a bit too deep or competitive Grade 3 runners. As a handicapper, if you can put all these different types of horses together and sort out who is better than who, you can be well on your way to some of the most profitable scores in racing.

#2 Juliet Foxtrot will be the overwhelming favorite as she exits a win in the Grade 1 Jenny Wiley. Undoubtedly, she is getting significant class relief from the last effort.

The Rest of the Field

The track bias tool on Daily Horse Picks pulls data from almost 300 races run between 8 and 10 furlongs (1 mile to 1 ⅛ miles) on the Churchill turf course.

The data pull reveals that the most effective speed designation is “Fast” while “Fastest” horses also perform reasonably well.

When looking at bias, the data suggests that horses who sit off the lead have the greatest level of success. “Closers” win almost ⅓ of races at this track and distance.