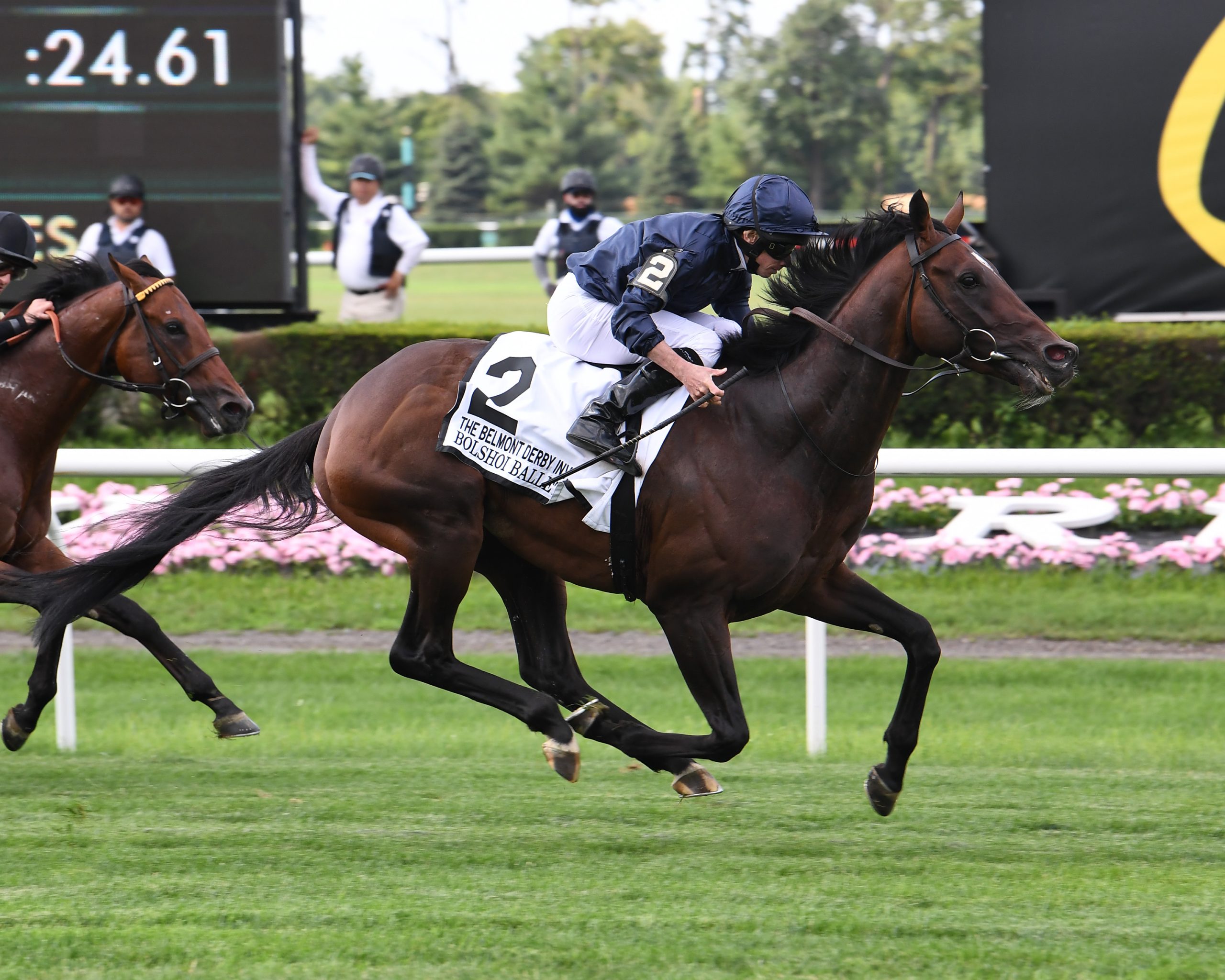 The two big races over the weekend were Grade 1 routes over the turf at Belmont Park. World class European turf connections Aiden O’Brien and Ryan Moore swept both of them.

NYRA Thankful For Speed of the Storm

One of the big question marks heading into closing weekend was the weather. The forecast looked ominous for two of the premier turf races in the country. The fields looked to have some serious star power, but getting rained off the turf would surely degrade the quality of the runners remaining.

Luckily for NYRA the storm that threatened to wash out the weekend, travelled quickly through New York and was cleared out early in the day on Friday.

While this meant no turf on Friday, and a continually drying out track throughout the weekend the major turf contests were unaffected preserving the prestige of closing weekend at Belmont Park.

Payouts from all of the races can be found on the Daily Racing Form website.

The Grade 1 Belmont Oaks was a turf route for 3 year old fillies. The headliner coming in was Santa Barabara who was shipping in from Europe. Despite the anecdotes about the trainer’s recent lack of success, the commentators were quick to point out that this was a different level of horse than had typically shipped in.

Entering the stretch of the race however, it appeared the odds on favorite may not live up to the hype as she was blocked in behind horses and Con Lima looked poised to take the field wire to wire. Late in the stretch Ryan Moore finally got the gap he needed to drive the filly into the clear where she would gobble up every inch of ground en route to narrow victory.

The pace setter Con Lima held for second and Chad Brown’s lightly raced Higher Truth got up for 3rd to round out the trifecta.

The Victory Ride was a sprint race over the drying out Belmont dirt. Heading into the race favoritism was tight between front runner Miss Brazil and closer Australasia who was undefeated. The latter ended up the slight favorite as the gates opened.

As the horses turned for home Miss Brazil was in front by a narrowing margin, but speed had been holding up to that point and she seemed poised to draw away. However, as Ova Charged started to apply pressure to the leader, another horse was making a flourish from the back.

By the time the horses entered the final furlong the race was a foregone conclusion as Souper Sensational at 5-1  came flying on the outside and won easily. Ova Charged, who had been applying pace pressure, was a comfortable second and Inject got up for third.  The top two choices in the market finished last and 2nd last in the race.

The race by Souper Sensational was arguably one of the most impressive performances of the day for a couple of reasons. First, the horse was on the inside throughout the early stages of the race. Jockeys throughout the weekend had been making a point to stay off the rail following the rain suggesting they felt the rail was a relatively slow path.

Another impressive element of the victory was the fact that the horse began the winning move midway around the far turn. Making moves on the sweeping Belmont turns is largely considered to be an extremely difficult way to win races.

The Belmont Derby is the male counterpart to the Belmont Oaks and is a turf route for 3 year old horses. Once again the story coming into the race was how would the Europeans stack up against the Americans. The answer? Quite well.

Favorite Bolshoi Bay went out for the same connections as the Oaks winner and with a less troubled trip produced another winning result. The other European Tokyo Gold finished a hard charging 2nd. The lone American in the trifecta was Cellist.

One item of note from the race is that the early fractions were very similar to those set in the Oaks, however, the Derby final time was 4/5ths of a second  slower than the girls. This may suggest that the female turf division of this crop has a bit more top end talent than the male division.

Passing of a Turf Legend

The victory for Bolshoi Ballet in the Derby was a fitting tribute to champion racehorse and prolific turf sire Galileo. News broke over the weekend that the horse had passed at Coolmore Farms over the weekend. He had sired over 90 Group 1 winners and 20 of his current progeny have themselves sired a Group 1 winner.

Winner of the Belmont Derby, Bolshoi Ballet, was himself a son of Galileo. The victory in the Grade 1 seemed almost serendipitous as a tribute to his father on the day of his passing.

With Belmont drawing to a close the New York Racing Association is packing it’s bags and heading north to one of the most popular meets of the year. The Saratoga meet will officially kick off later this week. Daily Horse picks will provide coverage and premium picks for all of the coverage from Saratoga Springs throughout the summer.