Essential Quality Returns to the Races in the Jim Dandy 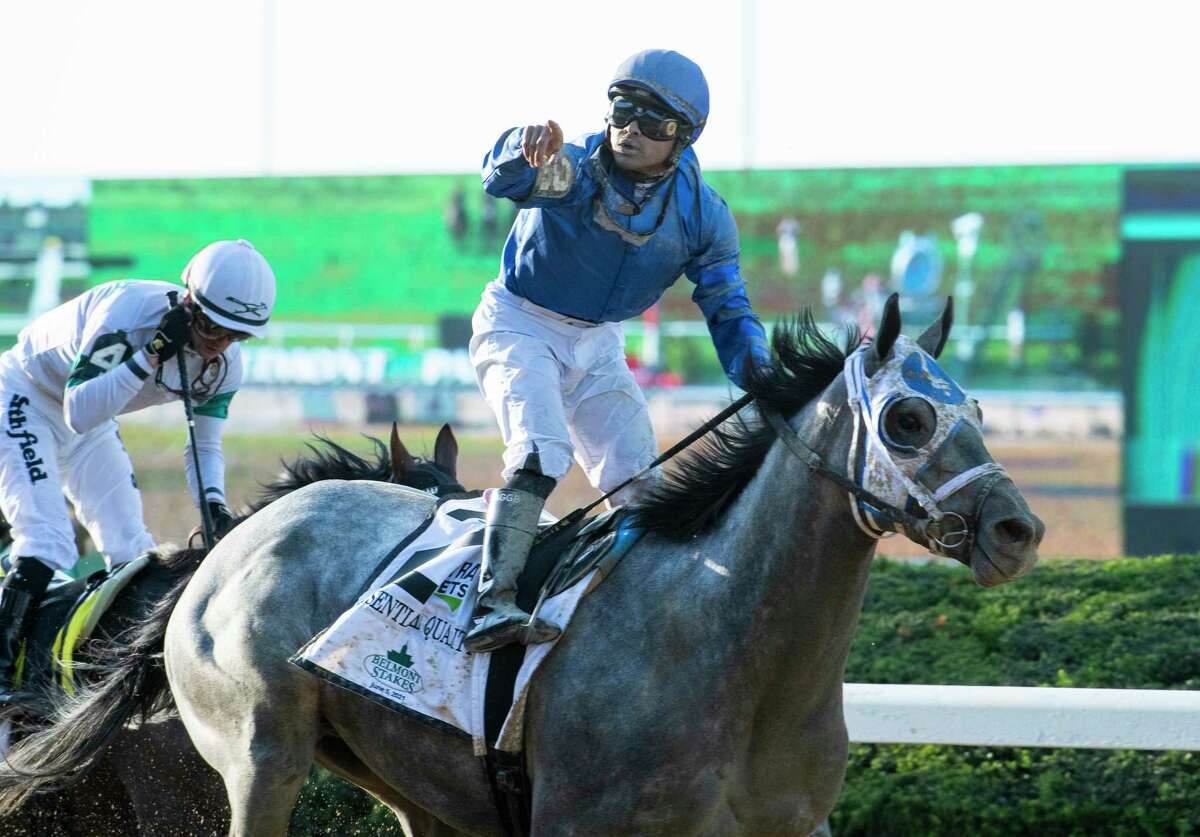 This weekend is loaded with graded stakes races from coast to coast. This includes Belmont Stakes winner Essential Quality returning in the Jim Dandy at Saratoga.

As of the writing of this piece, official entries have not been released for the weekend. The horses included are listed as probables or have indicated a preference for the race based on trainer or ownership comments.

Saturday’s Grade 1 Vanderbilt Stakes is a dirt sprint and brought together a really competitive group of older sprinters. Among the runners are fan favorites Whitmore and Firenze Fire. Miles ahead is also slated to make an appearance here after winning the Grade 3 Smile Sprint Handicap. Mischievous Alex is another major player after a disappointing 3rd in the Grade 1 Met Mile.

The Grade 2 Bowling Green Stakes is a turf route for four year olds and up. Colonel Liam returns after a disappointing 8th place finish in the Grade 1 Manhattan. Before that the horse was considered the top horse in the division after 3 straight Grade 1 victories.

Sire English Channel throws a trio into this race with Channel Maker returning from Dubai, Channel Cat coming out of a 7th place finish in the Grade 1 Manhattan, and Tide of the Sea who is trained by the ever dangerous Mike Maker.

Rounding out the top contenders is the old pro Arklow who will return to the races for Brad Cox after a 6th place finish in the Grade 1 United Nations.

The small field has produced plenty of quality. Without question the favorite will be Essentially Quality who has yet to run a bad race in his career. Cox is clearly using this as a stepping stone to the Travers which is often called the mid-summer derby at Saratoga.

The Belmont champion will be joined by an interesting group including Ohio Derby winner Masqueparade and several from the Derby trail. Weyburn, Keepmeinmind, and Risk Taking all return here to take on the leader in the 3 year old division.

On paper this one appears to be an exciting two horse race. Although 5 are listed as probable, there is no doubt that the story will be the top two finishers out of the Grade 1 Woody Stephens.

In that race Drain the Clock got the better of Jackie’s Warrior. With both horses being front runners this race has the potential to see the two top horses fighting each other for the victory from start to finish.

“Win and You’re In.” That’s what the connections in this race are hoping for on Saturday as a victory gets you a free trip to the Breeder’s Cup Sprint. The race looks to include a number of graded stakes runners up and lesser stakes winners.

CZ Rocket, Flagstaff, Shooters Shoot, and Collusion Illusion all come out of top 3 finishes in other graded races. Meanwhile Quick Tempo, Vertical Threat and Brickyard Ride all come off wins, but in much easier spots.

The 2nd “Win and You’re In” of the weekend takes place on Sunday as some of the top female horses square off in the Grade 1 Clement L. Hirsch Stakes. Gamine and As Time Goes By are both listed for the race after Grade 2 victories. However, rumor has it that Baffert may be sending Gamine to New York after courts ruled his ban be lifted earlier this month.

Shedaresthedevil is scheduled to run for Brad Cox. The 2020 Kentucky Oaks winner comes off a third in the Grade 1 Ogden Phipps. Warren’s Showtime is also pointed here and won last out in the Grade 3 Wilshire Stakes.

Woodbine has an absolutely loaded weekend of racing. The weekend kicks off Saturday with 3 stakes races including 2 designated for 2 year olds. As is the case with the Saratoga meet, a lot of excitement centers on the emerging stars of this division who may have their sights set on Kentucky Derby immortality.

For many of the North American tracks, Saturday’s have their marquee events. The Canadian track however, has saved the best for last. The Sunday card has 4 races including the Plate Trial, the Woodbine Oaks, the Grade 2 Vigil, and the Grade 2 turf Royal North.

Along with these three major tracks, there will be stakes racing from around the world this weekend. For a complete listing of all stakes races this weekend, check out the stakes calendar from Bloodhorse.