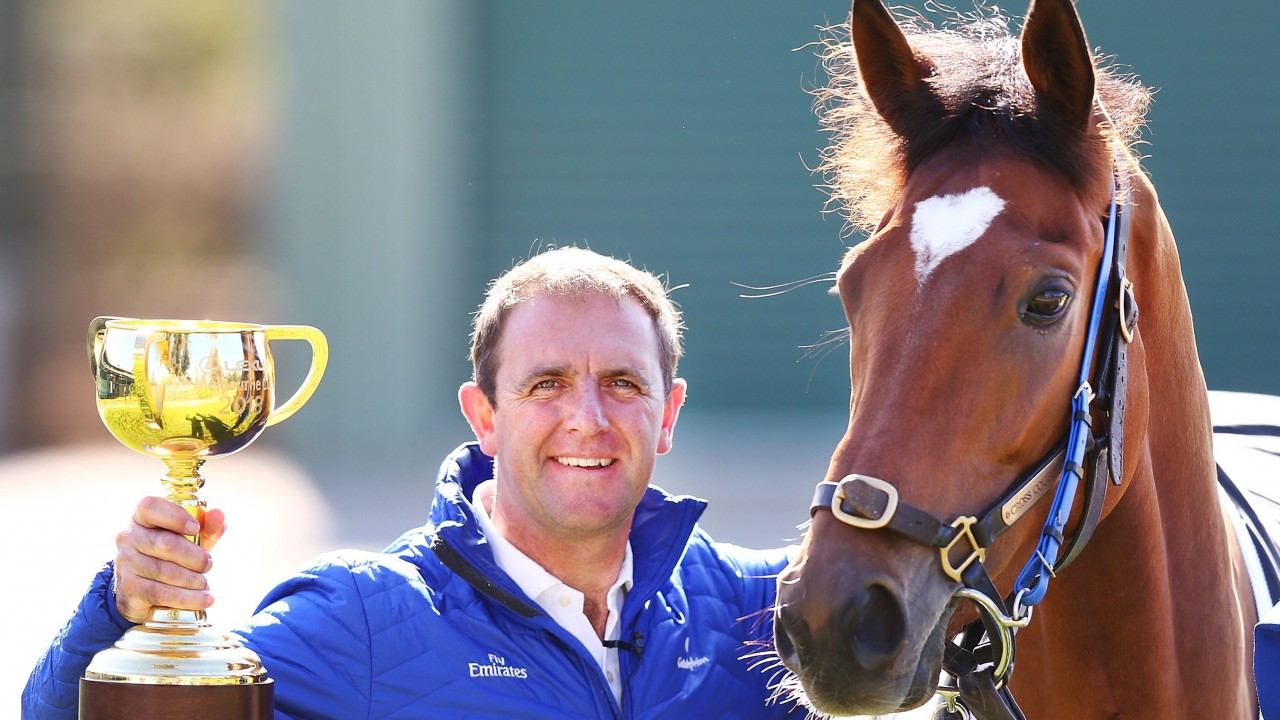 There is no shortage of stories coming into the Belmont Stakes this weekend. Rombauer will be looking for a second straight Triple Crown success, while there will also be a lot of attention on Essential Quality and Hot Rod Charlie as they look to bounce back from Kentucky Derby disappointment.
However, no story could be potentially as big as the feat that trainer Charlie Appleby is looking to achieve this weekend. The British trainer, who works for Godolphin, is looking to be the first-ever trainer to successfully claim a British and American Triple Crown win on the same weekend. But, what chance does he have of achieving the feat?

Rebel’s Romance is the ride for Appleby in the Belmont Stakes on Saturday, as the three-year-old looks to join select company of foreign-born winners in the race. The Irish-bred horse will be looking to become only the tenth foreign-born winner to win the race and the fourth Irish-born horse to win the race.
Rebel’s Romance opened the betting at around an 18/1 chance but has shortened considerably over the past couple of weeks, with many of the leading sportsbooks now offering odds of 8/1 on the raider. His form is certainly strong coming into the run at Belmont, and he has been catching the eye on the gallops as he has been working incredibly hard.
Rebel’s Romance has won four from five starts, with the biggest win of his career coming at the end of March in the UAE Derby, as he won by five and a half-lengths from Panadol. That Group 2 success came just a month after he had finished fourth in the Saudi Derby, which remains his only defeat on the track.

The cards are stacked against the Irish-bred horse this weekend, as he will be looking to achieve a feat that very few have achieved. Appleby will be looking to become the first European-based trainer to win the race since Dermot Weld.
Weld’s winning raider came in the 1990 Belmont Stakes, as Go And Go won the race in a time of 2:27.20. However, the legendary Irish trainer didn’t achieve the unlikely double that year, as he didn’t have a runner in the iconic Epsom Derby. However, he would later win the British Classic in 2016.
There will still be questions hanging over whether Rebel’s Romance has the capabilities to win the race, as this will be his first start on American soil. However, the conditions should be too much of an issue, as he has already impressed over a mile at Meydan this year.
It will be a step up in opposition, too, as Essential Quality and Hot Rod Charlie have competed in Grade 1s this season. Regardless, it would be unwise to suggest that the three-year-old doesn’t stand a chance, and he will be one worth a second look this weekend.

It could be argued that Appleby actually stands a better chance of winning the Belmont Stakes this weekend, as the Epsom Derby looks to be a very competitive renewal. The race is largely considered to be one of the greatest tests for thoroughbreds, as it tests stamina, speed, and power.
Hurricane Lane is around a 10/1 chance for the Derby but does come into the race after winning on all three starts in his career so far. He has returned to the track this season with wins at Newbury and York, with the latter of his wins coming in the highly prestigious Group 2 Dante Stakes. However, High Definition and Bolshoi Ballet are both considered better chances.
Appleby has won the Epsom Derby on one previous occasion, with that victory coming back in 2018 with Masar. A US Triple Crown win is one of the few big races missing from his collection, as he has won many of the big races in the United Kingdom, as well as Breeders’ Cup honors and the Melbourne Cup in 2018.
It can’t be understated how big of a training feat this would be if Appleby can pull it off, but there is certainly a chance that history could be made at Belmont Park this weekend.
Keep up with your latest horse racing news and betting pick previews at Daily Horse Picks.