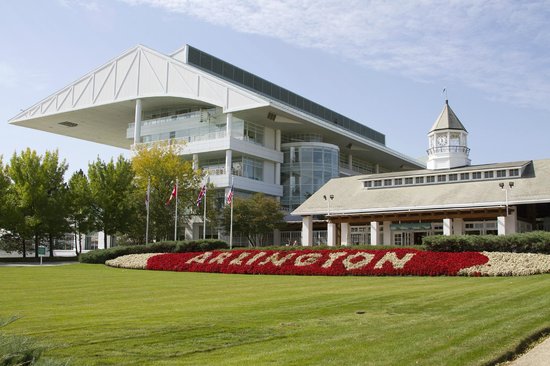 This weekend included the highs and lows of racing. Along with a host of stakes races from across the country and Canada, the racing world also said goodbye to three stars of the game and one racetrack steeped in history.

In the Kelso Handicap (Grade 2) it was Life is Good returning to form with an easy victory. The colt who was at one time a favorite in the Kentucky Derby future pool was never given the chance to run due to an injury. Since then he has been transferred from the care of Bob Baffert of Todd Pletcher. Irad Ortiz Jr. was also aboard this heavy favorite who earned a 99 Beyer Speed Figure for the effort.

The 2021 Gallant Bloom Handicap (Grade 2) was run on Sunday and was won by Bella Sofia. The favorite went off at 2-5 and delivered for Rudy Rodriguez and Luis Saez. At the writing of this article, a Beyer Speed Figure had not been given for the race.

The lone stakes race at Churchill Downs this weekend was the Dogwood (Grade 3) on Saturday. Colby Hernandez piloted Caribbean Caper for Al Stall Jr. to the victory as the heavy favorite. The horse earned a 90 Beyer Speed Figure in the race.

The Cotillion Stakes (Grade 1) on Saturday was the lead into the Pennsylvania Derby. In the race the oft-connected Steve Asmussen and Ricardo Santana Jr. earned a grade 1 victory with Clariere who earned a 93 Beyer Speed Figure for the race.

In the Gallant Bob Stakes (Grade 2) on Saturday superstar Jackie’s Warrior made easy work of the field of inferior rivals. Ridden by Joel Rosario and trained by Steve Asmussen the dominant sprint was awarded a Beyer Speed Figure of 110.

The Greenwood Cup Stakes (Grade 3) on Saturday was won by a horse with local connections as Jamie Ness and Frankie Pennington teamed up with Magical Michael to pull the upset. Both the winner and runner up in the race were given Beyer Speed figures of 94.

Pennsylvania Derby (Grade 1) on Saturday looked like a 3 horse race on paper and when one scratched out it seemed almost a foregone conclusion that the race would come down to #7 Hot Rod Charlie and #8 Midnight Bourbon. The race lived up to expectation with Hot Rod Charlie prevailing in the end.

There was a brief jockey's objection and inquiry as the winner came wide off the turn and momentarily impeded the run of Midnight Bourbon. In the end the decision to leave Hot Rod Charlie as the winner was a fairly easy one as he continued to open up in the stretch. Hot Rod Charlie earned a 111 Beyer Speed Figure.

Turf Monster (Grade 3 Turf) on Saturday was one of the craziest races of the day. Ricardo Santana Jr. rode #11 Hollywood Talent to the biggest upset of the weekend. The horse paid an incredible $219 to win on a $2 wager. The upsetter earned a 94 Beyer Speed Figure.

In the Oklahoma Derby (Grade 3) on Sunday it was Warrant at 3-1 for Brad Cox upsetting Super Stock. The co-second choice was ridden by Joel Rosario. No Beyer Speed Figure has been reported for the race at this time.

The Remington Park Oaks (Grade 3) on Sunday was won by California-based trainer Peter Eurton. Eurton rode Flavien Prat on his 3 year old filly Lady Mystify who won the race at 6-1. No Beyer Speed Figure has yet been released on the race.

For the top Beyer Speed Figures from throughout 2021, check out the Daily Racing Form website.

Perhaps the most gut-wrenching goodbye this weekend came in the form of Santa Barabara. The 3 year old filly was coming off back to back wins in America and was likely to be a major player in the turf division of the Breeder’s Cup. It was recently announced that she would be foregoing the year-end event due to an injury. Unfortunately, over the weekend she had a catastrophic complication from the injury and passed away.

Yaupon was for a brief moment on the 2020 Kentucky Derby trail. However, it became pretty clear that this horse was a special sprinter. The winner of the 2021 Grade 1 Forego Stakes at Saratoga this summer suffered an injury last week. In the interest of protecting his breeding value the 4 year old colt was retired and will begin the transition to stud.

One of the coolest horses over the last several years has been Monomoy Girl. The horse has been so good, but has throughout her career struggled to stay on the track. Many were surprised when she returned for a 2021 campaign. After yet another injury she will be foregoing the rest of the 2021 campaign and begin her career as a broodmare.

The final goodbye this weekend was not in the form of a horse, but rather, one of horse racing’s most historic venues. Arlington Park in Illinois had come under the management of Churchill Downs Inc., the same group who runs the venue by the same name.

While CDI may be one of the most recognizable horse brands in the game, fans of the game have been very critical of their management of the track. Most notably, the organization didn’t push for casino-style gambling that could have provided supplemental income to support race. Many pointed to Churchill’s management of a nearby casino as the rationale for this. The concern was that the company was more interested in protecting the gaming interests of their casino down the road than actually resurrecting Arlington Park.

In the last 12 months Churchill Downs has been actively shopping the property for sale. Many interested parties came forward including the Chicago Bears who saw the location as a potential replacement site for Soldier Field.

Although the sale has not been finalized at this point, it seems pretty unlikely that CDI will sell to anyone interested in continuing the racing at Arlington Park. The date to request dates in 2022 has already come and gone so even if a hail mary comes to fruition, racing would likely have to take at least one year off.

For all intensive purposes Arlington Park ran its final race on Saturday, September 25, 2021.

Arlington Park played host to some of the greatest horses and jockeys of all time. Citation, Cigar, and the great Secretariat all ran over the dirt course at Arlington. Jockeys like Bill Shoemaker and Eddie Arcaro took mounts there and hall of famer Liffit Pincay won his first ever race on the Chicago-area oval.

Along with great names in the sport, Arlington is credited with a number of revolutionary concepts in thoroughbred racing. They were the first track to install a public address system and hire a race caller to announce the action live. The track installed the first electronic tote system and starting gate, which are now standards in thoroughbred racing. Arlington also pioneered extensive use of closed circuit television to broadcast their feed to all areas of the track.

Arlington Park was also the first track to offer the trifecta in thoroughbred racing. New York did offer the same bet in theory before Arlington, but called it the triple.