A Slew of Stakes on Santa Anita’s Opening Weekend 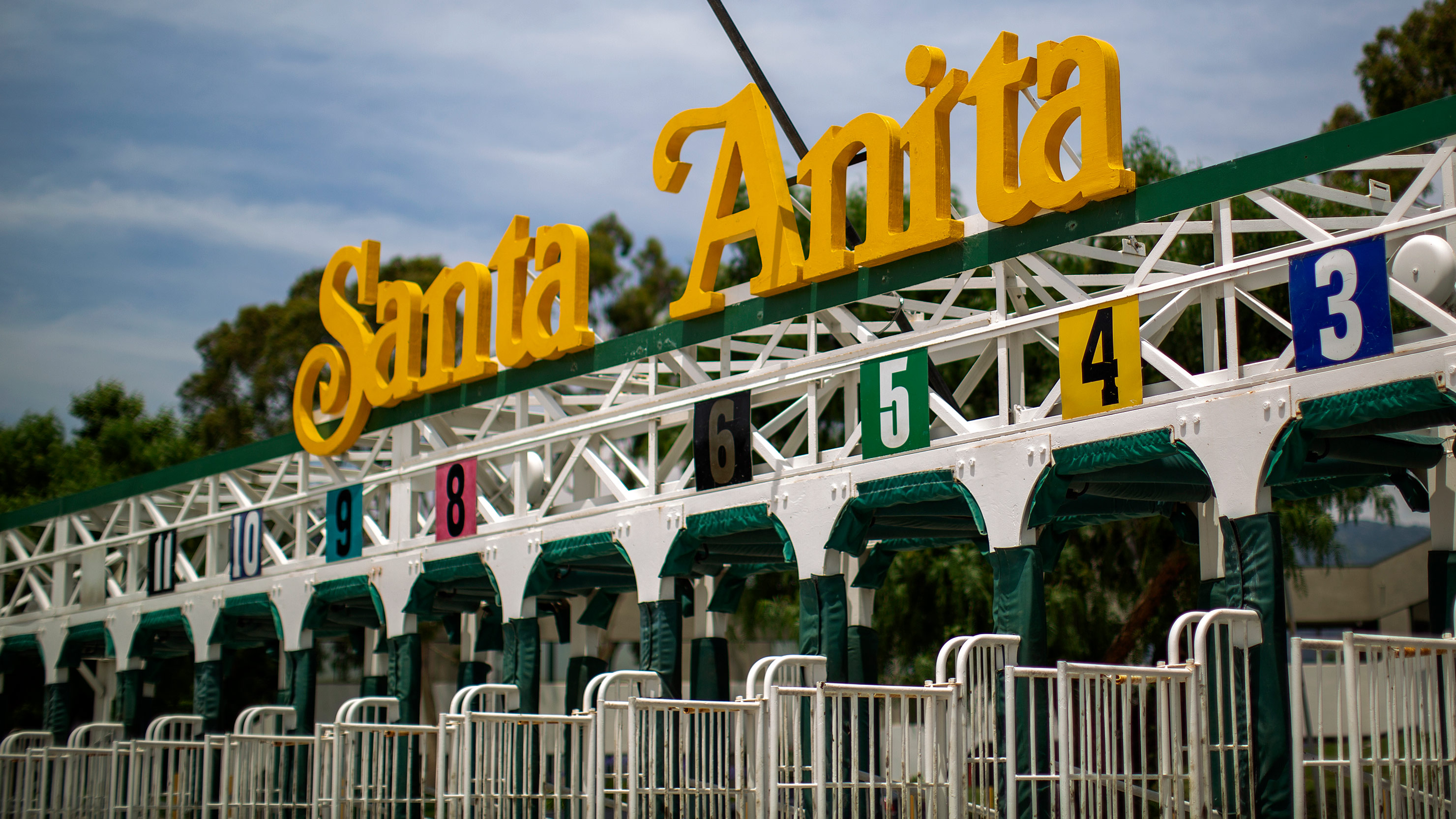 There were no Breeder’s Cup Challenge Series races run in the United States last weekend. That will not be the case this weekend as Santa Anita is set to host 7 of them on opening weekend.

Three of the seven Breeder’s Cup Challenge races are set for Friday.

The Grade 1 American Pharoah Stakes will present the winner an automatic bid to the TVG Breeders’ Cup Juvenile Presented by Thoroughbred Aftercare Alliance.

Since 2009 this race has been won by polarizing trainer Bob Baffert including in 2014. That year he won the FrontRunner Stakes with a young colt named American Pharoah who would end the three decade wait for a triple crown winner. The race was renamed in his honor.

This year Baffert will likely enter Corniche here. The colt was impressive on debut at Del Mar, which will host the 2021 Breeder’s Cup. However, an interesting story line is the fact that this race also carries 10 Kentucky Derby points. Bob Baffert has been banned from earning 2022 Derby points by Churchill Downs.

The Grade 2 Chandelier Stakes winner will earn free entry to the Breeders’ Cup Juvenile Fillies. As is the case with many California stakes races Bob Baffert once again holds the record for most victories in the race with 11. His filly may be looking to make it 12 this year.

The race has produced some serious players in the dirt route divisions for female horses with past winners that included the briefly brilliant Princess Noor, the hard knocking Bellafina, and Songbird. The latter is well known in racing circles for an incredible stretch run against Beholder later in her career. You can watch it here.

The Speakeasy Stakes is a relatively new race to the “Win and You’re In” landscape and is considered a prep for the Breeders’ Cup Juvenile Turf Sprint.

The Speakeasy has been run since 1969, but was originally run on dirt. The race for two year olds has never attracted the biggest names in racing but has had some solid winners including Lord Nelson and Can the Man in more recent vintages of the race.

In 2018 the race made some huge changes including a surface switch. The race is now run on turf, a move that allowed it to become part of the Breeder’s Cup Challenge Series. In the 3 years as a Juvenile Turf Sprint prep race the race has not produced horses of consequence for the race.

The Grade 1 Awesome Again Stakes is a qualifier for the prestigious Longines Breeders’ Cup Classic. This race will be headlined by Kentucky Derby winner with an asterisk, Medina Spirit. The colt was scratched out of the Pennsylvania Derby last weekend. Trainer Bob Baffert suggested he didn’t care for the post position.

In reality this spot makes a lot more sense for the horse. Unlike the Pennsylvania Derby, this race offers a guarantee to the Breeder’s Cup. While I respect the talents of Tizamagician, Tripoli, and Express Train, this also appears to be a much easier spot than facing the likes of Hot Rod Charlie and Midnight Bourbon.

Last year in the race Bob Baffert saddled his record breaking 6th winner with Improbable. He will look to make it 7. This race was also won by California Chrome en route to his 2016 Horse of the Year campaign.

The Grade 1 Rodeo Drive Stakes is a “Win and You’re In” to the Maker's Mark Breeders’ Cup Filly and Mare Turf. The race formerly known as the Yellow Ribbon Stakes will be run at a route of ground on Santa Anita’s turf course. Given the surface it should come as no surprise that the late Bobby Frankel holds the record for most wins in the race.

The 2021 edition has yet to be filled, but initial indicators suggest that we may see the likes of Going to Vegas, Dogtag, and Crystalle in this spot.

Since becoming an official part of the Breeder’s Cup Challenge Series, the race has had pretty dismal results with regard to producing Breeder’s Cup winners with no major turf mares exiting this race to become superstars in the division. It is widely believed that the best turf runners often run out east where there are more opportunities for graded turf events.

The Grade 2 Santa Anita Sprint Championship Stakes will earn the winner a chance to run in the Breeders' Cup Sprint. The race bounced around the grades throughout the 2000 before settling into its current grade 2 rating.

John Saddler currently holds the record with 4 career victories in the race and Roy H. is the only horse to have ever won it twice…for now.

Official entries are still a couple days away but Roy H.’s record may very well be in jeopardy as C Z Rocket looks to return here and defend the title he earned in 2020. In order to join Roy H. as the only other 2 time winner, he will likely have to outrun the likes of Flagstaff, Vertical Threat, and Dr. Schivel.

The final Breeder’s Cup Challenge series race will take place on Sunday with the Grade 2 Zenyatta Stakes. The winner will be headed to the Longines Breeders’ Cup Distaff.

Richard Mandella, John Saddler, and John Sherriffs all hold the record with 4 victories in the race. Hall of Fame jockey Mike Smith has won the race 5 times as well.

The race has been won by several horses multiple times. Most notably two fan favorite mares in Beholder and the great Zenyatta for whom the race is now named. Both horses won the race a record 3 times over the course of their careers.

DHP is Here to Help

With Santa Anita kicking off, Daily Horse Picks provides a number of awesome AI assisted tools that can enhance the game of the experienced player, or guide the novice into picking more winners. Premium packages for Santa Anita and tracks around the country can be purchased at www.dailyhorsepicks.com/buy